Alexandria, KY (June 20, 2022) - Matchday 10 has become Matchday 9. An unexpected Saturday postponement on June 18 moved the away match at Midwest United FC to a to-be-scheduled later date. Next up is the return leg of the home-and-home series with Flint City AFC. The Tuesday night match will kickoff on June 21 at 7:00pm at the Mustang Athletic Complex.

Flint City AFC are looking at turning around another losing streak. After winning the season opener, Flint lost their next four, then a win in Flint against KHFC (0-4) gave a little life back into the Club. Since that win, Flint has lost another two straight by identical 3-0 score lines. A squad that has seen 45 different players suit up, they will surely look to catch KHFC bewildered on the personnel to account for.

Kings Hammer FC is coming off of two draws in their last three matches, as they continue to seek the elusive first win in the club's USL W League history. A thrilling 1-1 draw with Indy Eleven in the last outing showed what the club is capable of, drawing the top team in the Great Lakes Division and 3rd in the USLW Power Rankings. Annie Greene will look to build on her goal-scoring form, as she has scored a goal in her last two matches.

Mickayla Kowalski (KHFC) - The NKU goalkeeper leads the team in fewest goals allows (4), saves (21), save percentage (.840), and goals against average (1.32). A Cincinnati native, Kowalski has played in 6 matches and 270 minutes total.

Kings Hammer FC staff and players thank you for your support during the inaugural 2022 USL W League season and hope to see you throughout the season. Find us on Facebook, Twitter, Instagram, and YouTube to keep updated on everything Kings Hammer FC. Contact the the Club for any questions or appearances. 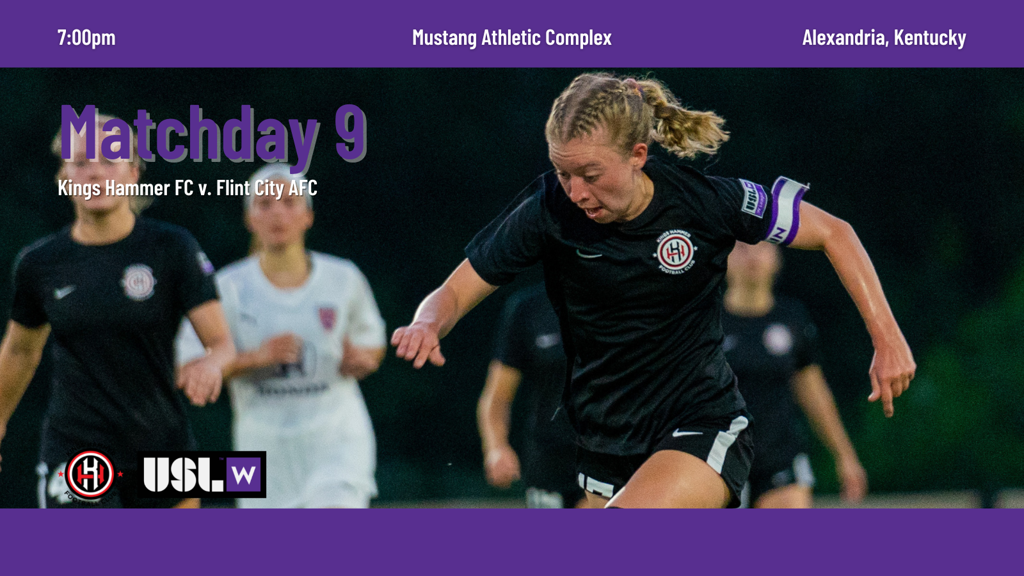