Des Moines, IA (July 24, 2022) - A record season for Kings Hammer FC gets to continue in the Central Conference semifinal matchup on Sunday July 24. Hosts Des Moines Menace won their quarterfinal match on Friday night, and will be the opponent for KHFC. This will be the first-ever match between the two clubs. Kickoff is set for 8:00pm ET at Valley Stadium in Des Moines, Iowa.

Des Moines Menace are one of the most historic USL League Two clubs in the country. The reigning National Champions in 2021, the current 2022 season will go through Des Moines for whoever looks to hoist the trophy. An unbeaten regular season with 10 wins and two draws while putting together a 27-9 goal differential. Des Moines started off the postseason campaign just like they left off on the season, a big 4-0 win over Kaw Valley FC.

Friday night's playoff match for Kings Hammer FC was vastly different than the easier win that the Menace put together. In a thriller, KHFC advanced by way of a penalty kick shooutout in which both teams went 10 kickers. Kalamazoo FC put together an extremely troublesome squad, taking the lead in the first extra time period before Ethan Garvey equalized shortly after. In the second extra time, Sam Robinson found Ben Damge for a go-ahead goal. In the waning moments, Kalamazoo equalized to send the match into penalties at 2-2.

The winner of the conference semifinal match will send the club into the Central Conference Finals against the winner of FC United and Flint City Bucks. Location is TBD and will be played on Friday July 29.

Bryant Pratt (KHFC) - Undoubtedly the Man of the Match in the conference quarterfinal match, Pratt tallied numerous saves in regulation, extra time, and picked up three saves in the penalty kick shootout. Pratt played in nine matches in the regular season only allowing seven goals with a 1.17 goals against average.

Eliot Goldthorp (DMM) - English forward who leads the Menace in goals scored (4). Scored a brace (2) in the conference quarterfinal match to up his total goals scored on the season to six. 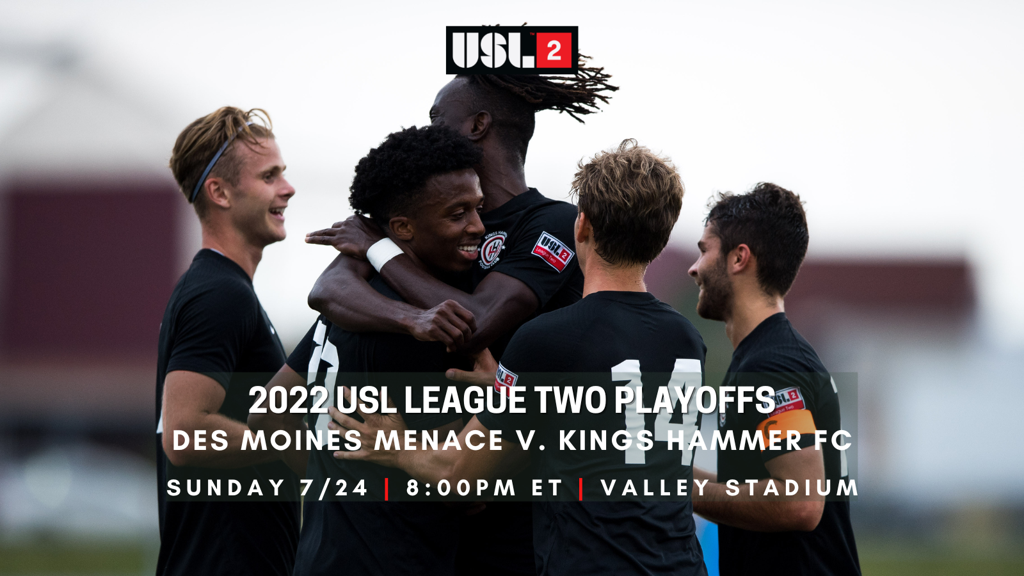