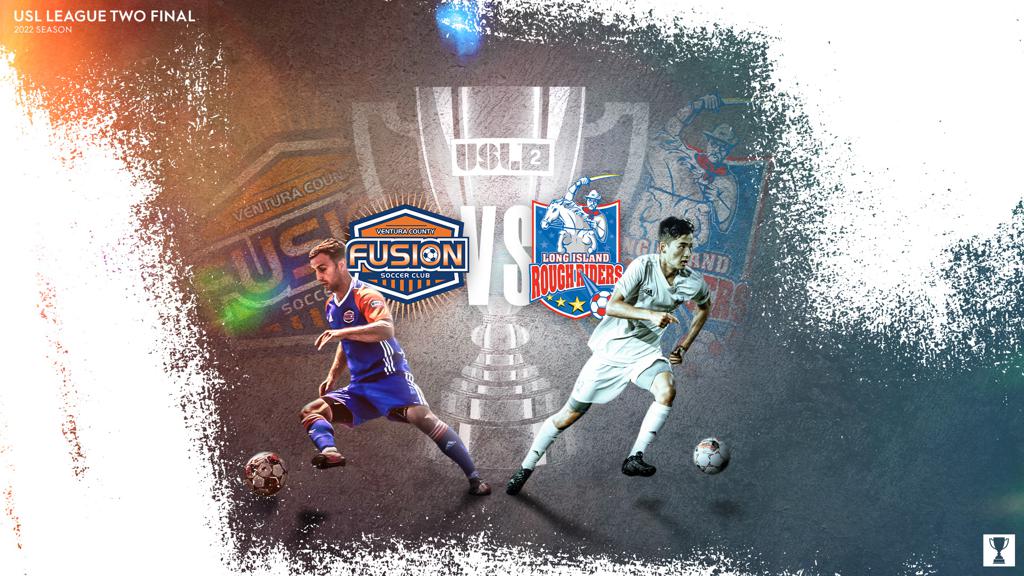 VENTURA, Calif. - The 2022 League Two Playoff Final is set for August 6th, at a time yet to be determined, between Ventura County Fusion and Long Island Rough Riders.

The match will be held at Ventura College in Ventura, California.

Ventura County Fusion advanced to the Playoff Final by defeating Flint City Bucks, the Central Conference Champion, 1-0 on July 31. They entered the 32-team tournament as the 5th seed in the Western Conference, after finishing second in the Southwest Division with an 8-2-2 record.

Long Island Rough Riders toppled some of the best teams in League Two to arrive at the Playoff Final.

They began their journey by knocking off previously-undefeated Ocean City Nor'Easters, before putting away Vermont Green, Seacoast United Phantoms and North Carolina Fusion U-23 in order.

They're led by the trio of Matthew Vowinkel, Ryan Carmichael and Bjarne Thiesen through these playoffs. Vowinkel and Thiesen scored against NC Fusion U-23 to put the Rough Riders through to the Playoff Final.

They'll be looking for their third championship as a club, and first since 2002.